Colon Observation Center of the Canal Expansion From Panama City 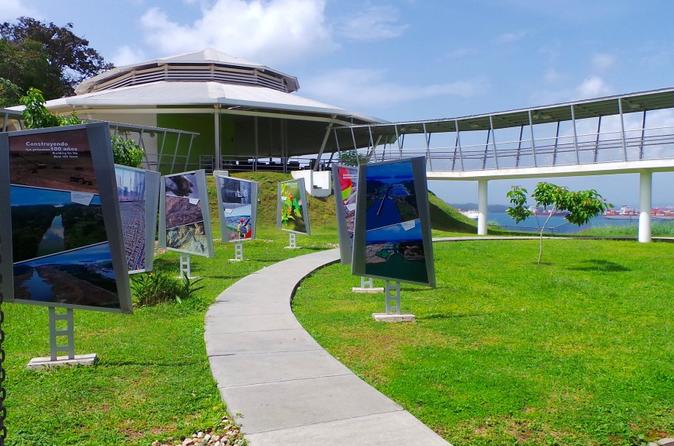 The Expansion Observation Center allows visitors to witness history in the making, while observing the construction of the new locks of the waterway.

You will experience the new Observation Center of the Canal Expansion in Colón, which  covers four hectares and is designed like a park, with terraces and open, partial, and covered platforms that allow up to 400 visitors to simultaneously enjoy an unobstructed view of the construction of the new locks for the Panama Canal on the Atlantic coast.
Immersed in a tropical rainforest and from an unrivaled viewpoint (50 meters above the Panama Canal), you will  enjoy two views of the waterway: the construction site and Gatun Lake. The center has a theater, ecological trail, a restaurant and a cafeteria. It also has a children's playground and a gift shop.
The Panama Canal Expansion is the largest project at the Canal since its original construction. The project will create a new lane of traffic along the Canal through the construction of a new set of locks, doubling the waterway’s capacity. The existing locks allow the passage of vessels that can carry up to 5,000 TEUs. After the expansion the Post-Panamax vessels will be able to transit through the Canal, with up to 13,000/14,000 TEUs. The Expansion will double the Canal’s capacity, having a direct impact on economies of scale and international maritime trade.

The Expansion Observation Center allows visitors to witness history in the making, while observing the construction of the new locks of the waterway.