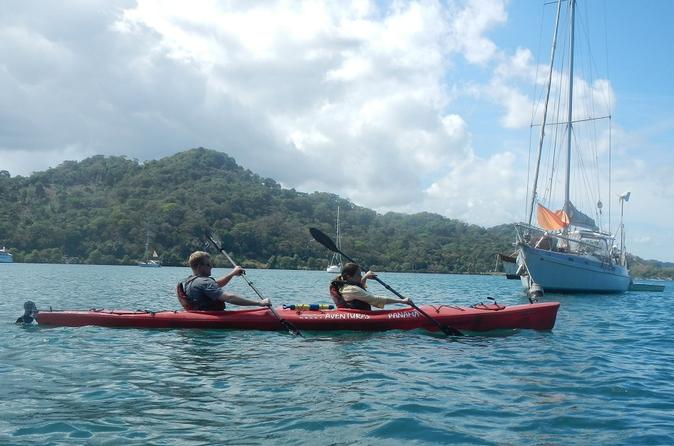 During this tour you will be able to tour Portabelo from the water. You will snorkel and go on a 2-hour kayak tour followed by a delicious lunch.

You will visit by visiting the Santiago Fort, Portobelo where you will be able to walk around and explore the ruins. From there, you will get on your kayak and row for about 20 minutes until you arrive at a beautiful beach.

Once there, you will have some time to relax and snorkel before starting a 2-hour sea kayak tour of Portobelo. A delicious local lunch will be served afterwards.

In 1502 Portobelo was discovered and named by Christopher Columbus when his vessels sought shelter in the "beautiful port" from a storm. In 1596, even before it was officially founded, Portobelo suffered its first attack at the hands of Sir Frances Drake. Drake died of fever before he could capture Portobelo. He was secretly buried at sea off the entrance to the harbor.

The town was officially founded in 1597 and was given the name of San Felipe de Portobelo in honor of King Philip II of Spain. During the late l6th and early l7th century Portobelo was the principal Spanish trade port on the Atlantic for all of South America. The exchange of merchandise took place annually at the Portobelo trade fair which lasted from 30 to 60 days. During this time, Portobelo was a beehive of activity.

During this tour you will be able to tour Portabelo from the water. You will snorkel and go on a 2-hour kayak tour followed by a delicious lunch.